Kilkenny is a lovely little town with a medieval look and an ancient history, which dates back to the 5th century A.D. 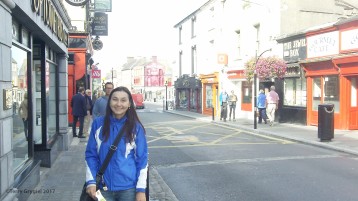 In the 5th century Saint Canice came to this area from Ulster to preach Christianity.  He also founded a monastery. The settlement which evolved around the monastery was named after him, Cill Channigh, which in Gaelic means the Church of Canice. The history of Kilkenny is so incredibly dramatic that it looks more like a legend. A veil of mystery hovers over the town and shrouds the Castle, the Cathedral and medieval houses.  This veil makes Kilkenny an irresistibly attractive destination. Rich history and a picturesque location give Kilkenny its allure, connecting the gloomy existence and bloody battles of the past to the vibrant and cheerful present.

Kilkenny Castle is one of the most magnificent and well restored castles in Ireland. It stands proudly on the bank of the Nore River and is surrounded by an expansive, well-groomed park. It was built originally as a Motte and Bailey Castle by Strongbow in 1172.  Later it was rebuilt in stone during the first decade of 13th century by William Marshal, Earl of Pembroke, who was the son-in-law of Strongbow.   But how did Strongbow, a Norman military leader, end up in Kilkenny?  This is a story that is just too tempting to miss. 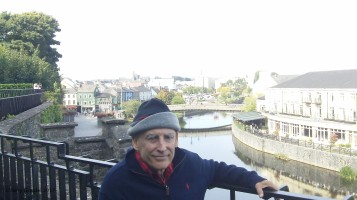 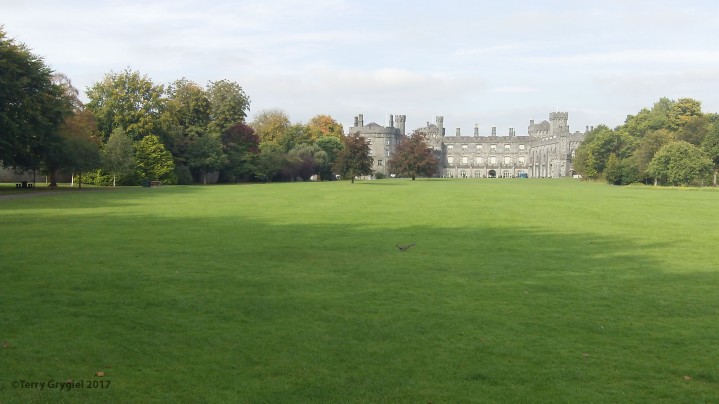 In 1160 the King of Leinster, Diarmait Mac Murchada, abducted Degovilla, the wife of O’Rourke, a minor local king. Rightfully furious, O’Rourke asked the King of Connacht, Rory O’Connor, to help him fight Diarmait Mac Murchada. As a result, Diarmait was forced to flee from his kingdom. He went to Aquitaine, France, where the Norman King Henry II was campaigning to retain control of Aquitaine. Diarmait pledged to Henry II to be his loyal vassal in Leinster, Ireland in exchange for Henry’s military support. Diarmait also promised his daughter’s hand to any military leader, who can give the support he needed. Henry II was sympathetic to Diarmait’s plight, but he needed his troops for his own campaign. However, he gave Diarmait a letter, which authorized him to raise troops in Henry’s land. After raising a formidable army in Wales, Diarmait recovered his kingdom in 1167. The leader of the army was Richard Fitz Gilbert (1130-1176), who was also known as Strongbow. It was he, who won the right to claim the hand of Diarmait’s daughter, Aoife.

As a point of interest, Normans were the Viking tribe, who captured the Northwestern part of France under the leadership of their chieftain Rollo in the 10th century. Charles the Simple, the King of France signed a treaty in 911 A.D., which granted Rollo and his warriors the territory around Rouen for settlement.

To return to the history of the Castle, William Marshal (1147-2019), 4th Earl of Pembroke was a courageous Norman soldier. He married Strongbow’s daughter, Isabell, and built the Castle, which dominates the view on the bank of the Nore River. He also gave Kilkenny its first charter as a town in 1207.

James Butler, 3rd Earl of Ormond, purchased the Castle in 1391. The prominent Butler family owned the castle for almost six centuries. During this period of time the castle was built up, extended and underwent many alterations.

Oliver Cromwell’s army destroyed one the walls of the castle during his conquest of Ireland and the castle has had a U shape ever since. James Butler, 12th Earl of Ormond, (1610-88), who was the commander-in-chief of the King’s army in Ireland in 1641 had to go into exile after the defeat he suffered from Cromwell. Butler followed King Charles II to Northern Europe, where they spent about a decade in exile. Later, when Charles was restored to his throne, James Butler returned to his estate in Kilkenny. He was rewarded with a title of Duke for his loyalty to the king.

The Castle has a Picture Gallery, which occupies a whole wing on the first floor. John Butler (1808-54), who had a passion for travelling and collecting fine art, built this gallery for the many paintings he acquired during his travels.

In 1935 the Butlers sold all of the interior contents of the Castle at an auction. For a few decades the Castle was neglected. In 1967 Arthur Butler sold the Castle to the people of Kilkenny for a symbolic sum of 50 euros.  By 1976 the Castle was remodeled and restored to its previous splendor. Visitors can enjoy a short video about the history of the Castle in one of the towers. 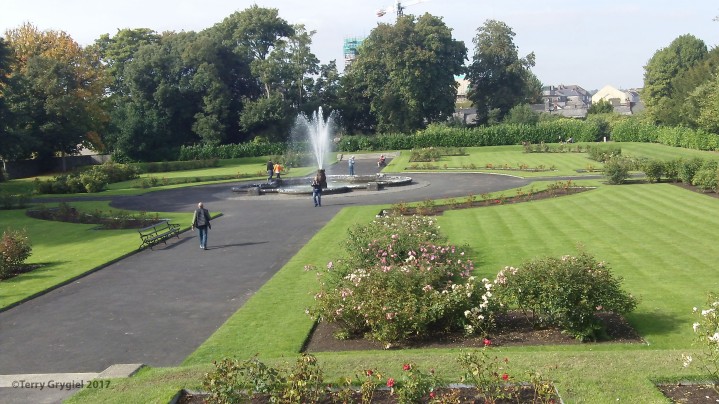 The Castle Gateway is decorated by the colorful coats of arms of the Butler family. A massive wooden door lets visitors into a spacious courtyard. There are three floors in the Castle constructed upon a foundation dating back to the 13th century. The foundation was built during medieval times and visitors can see the imprints left from the construction of the west tower’s ceiling. Thick stone walls have arrow slit windows which were used to shoot at enemy soldiers. Two medieval knights dressed in chainmail, armor, and a metal helmet guard the tower. They are armed with swords and shields like the ones used at that time.

The ground floor has a beautifully decorated State Dining room and a tapestry room, which contains tapestries woven from designs made by Peter Paul Rubens. These pieces of art depict heroic episodes from Roman history.  There are numerous rooms on the first and second floors.  These include bedrooms, a library and a drawing room.

When you wander around the Castle make your way up through the Grand mahogany Staircase from the ground floor to the first floor.  The Picture Gallery is on the first floor with no second floor above it. It is light and airy due to the skylight on the roof, the enormous arched shaped windows and crimson walls. The design of the Picture Gallery reminds me of the design for some of the finest halls in the Hermitage in St. Petersburg. The picture Gallery contains more than 300 paintings and a fireplace made of Carrara marble. Among the 300 pictures are Dutch and Italian landscapes, religious scenes, and royal portraits.  Also included are portraits of the noble owners of this magnificent castle, who lived, dined, danced, partied, received guests, were born and died inside of these walls.

More stories about Kilkenny to come.