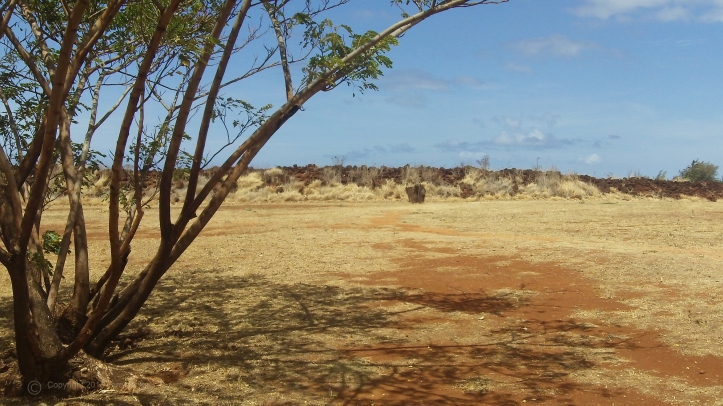 Fort Elizabeth, or more likely the remnants of the fortress, is located on the west coast of Kauai Island and on the right bank of the Waimea River, close to the town of Waimea. Why this fortress was built in such a remote location, thousands of miles away from the Russian border, is a story of a daring endeavor and dicey opportunities.

In 1815 the Russian trading ship “Bering” was shipwrecked off the coast of Kauai, just in front of Waimea. The local chief of Kauai, Kaumuali’i, took possession of all cargo on the ship. The ship belonged to the Russian American trading company. The headquarters of that company was located in Sitka, Alaska. The governor of the company sent the German physician Georg Anton Schaeffer to retrieve the ship and its cargo, if possible. Schaeffer was also instructed to negotiate an agreement for a monopoly trade in sandalwood. He was also instructed to negotiate restitution equal to the value of the stolen cargo if it could not be retrieved.

The Russian American trading company was charted by Tsar Paul I in 1799. The company established settlements in Alaska and California to hunt otters, beavers, sables, wolverines and other animals for fur and pelts. The governor of the Russian American trading company was also seeking to establish a trading post on the Hawaiian Islands for ships to replenish the food and water supply on their long voyages across the Pacific Ocean. 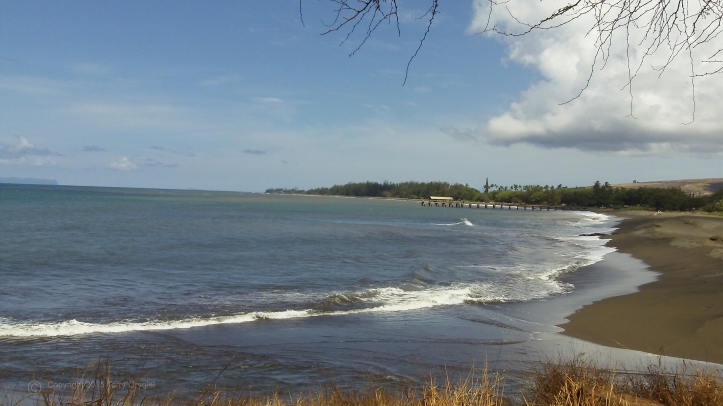 With all these instructions and two company ships, Schaeffer sailed to Hawaii. He was accepted by the king of the Hawaiian Islands, Kamehameha I. Being a physician, he was also able to treat the king’s and the queen’s illnesses. Kamehameha was benevolent to Schaffer but declined to assist him in dealing with chief Kaumuali’i in retrieving the cargo. Frustrated, Schaffer sailed to Kauai to deal with the chief face to face. Unexpectedly, Schaeffer befriended Kaumuali’i . They reached an agreement on a monopoly trade in sandalwood and on the restitution for the stolen cargo, to be paid in sandalwood.

Schaeffer also got the rights from the chief to build three fortresses in Kauai. In return Kaumuali’i wanted the protection and the support of the Russian American trading company in his ambitious plan to gain control over Kauai, Niihau, Oahu and Maui islands, which he claimed as his land. He harbored his rebellious ideas in spite of the fact that he had pledged allegiance to king Kamehameha I just a few years ago, in 1810. 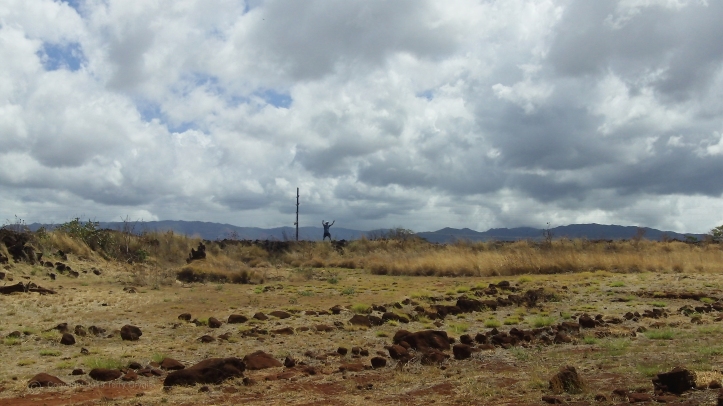 Schaeffer sent a request for the protection of Kauai to the Russian tsar Alexander I and to the governor of  the Russian American trading company in Sitka.  It was at this time that the construction of Fort Elizabeth began. Chief Kuamuali’i used his people for labor. He also used rocks from a heiau (a temple of worship in Hawaii) to build the walls, which were about 20 feet high and 25-40 feet wide. 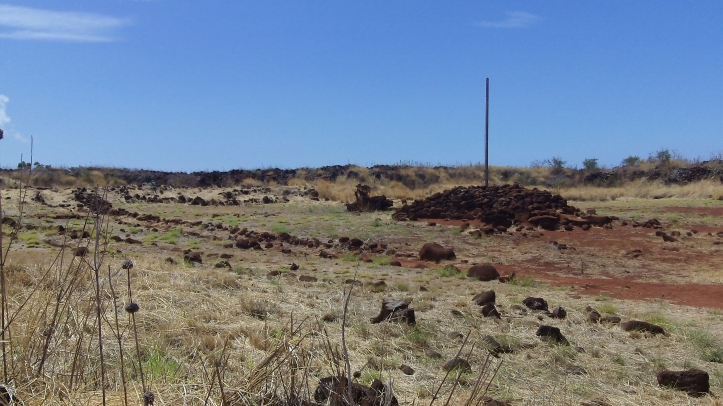 The fortress had the shape of an irregular octagon and occupied an area of 400 by 300 feet. It included a trading post, barracks for 30 people, a magazine, a small Orthodox chapel and a garden. The locations of rocks indicate the foundations of the buildings. 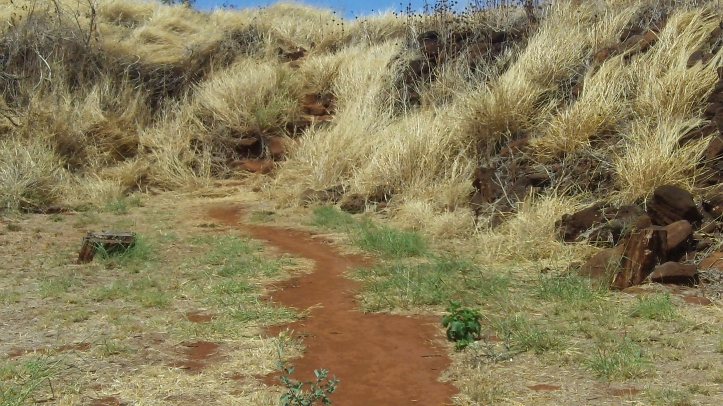 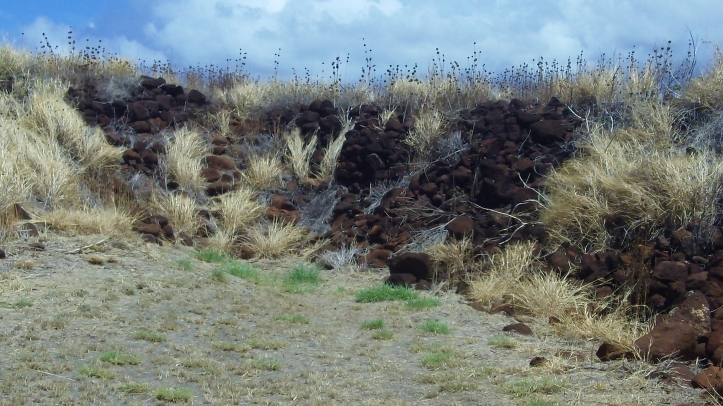 The fortress was named after the Russian empress Elizaveta, the wife of Tsar Alexander I. While the construction was still in progress, in the fall of 1817, the news arrived that the Russian Tsar Alexander I would not back the military plans of the chief Kaumuali’I and Schaeffer fled back to Russia. It was not a viable option for the Russian government to get involved in a conflict with king Kamehameha, who had the strong support of the British and of the Americans. The Hawaiian government took a possession of Fort Elizabeth and used it to fight a local rebellion. The Fort was dismantled in 1864. By that time there were 60 flint muskets, 16 swords, and 44 cannons of different caliber in the Fort. 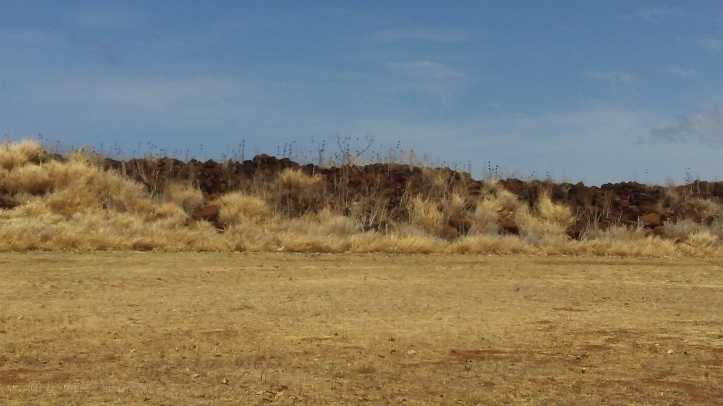 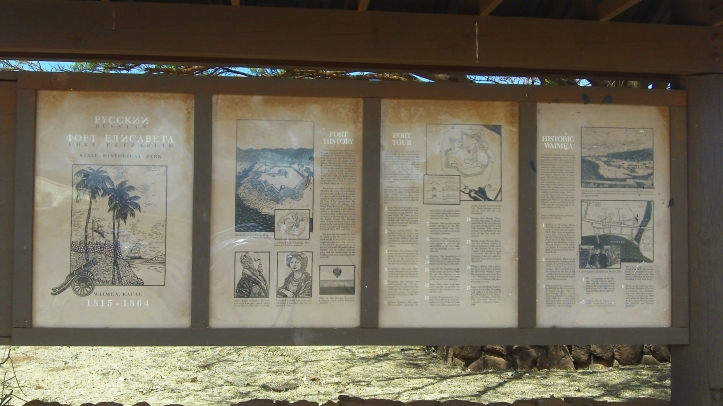 Nowadays, this fortress is a part of  the Russian Fort Elisabeth State Historical Park and can be reached by Hawaiian Route 50. There is a parking lot and a panel with the plan of Fort Elizabeth and a brief history of the audacious endeavor of Schaeffer.